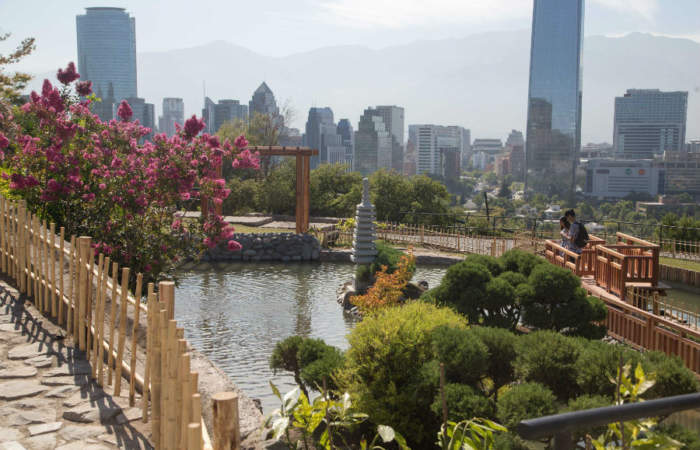 On Friday 11 this green area for contemplation was reopened after two years. It is in the hill San Cristóbal (entrance by Pedro de Valdivia North Av.) and from the place you have a nice postcard of Santiago.

As soon as the Japanese Garden of Metropolitan Park reopened, the public got to know it, but without knowing that, unlike other spaces in this enormous green area of Santiago, it is not for picnicking, playing ball, or pulling up plants, but for contemplation.

The above, because for Japanese culture these spaces are the materialization of paradise on Earth, explained in some interviews the architect in charge of the renovation Juan Manuel Gálvez, who also holds a master's degree in passengerism from the University of Chiba, in Japan.

But that's not all. It is also due to the enormous level of detail involved in maintaining a garden of this style, in which even the pruning system is different from the conventional one: in some cases it is done manually and leaf by leaf.

In order to know it, you must do it with the maximum respect, the same one that is necessary to have in the Bahai temple, for example.

The quickest way to get there is through the park entrance at Pedro de Valdivia Norte Avenue. From there you must climb more than one kilometer along the cement road, the same as cars and bicycles, until you reach a fork. There, right on the corner, is this 4500 m2 garden. 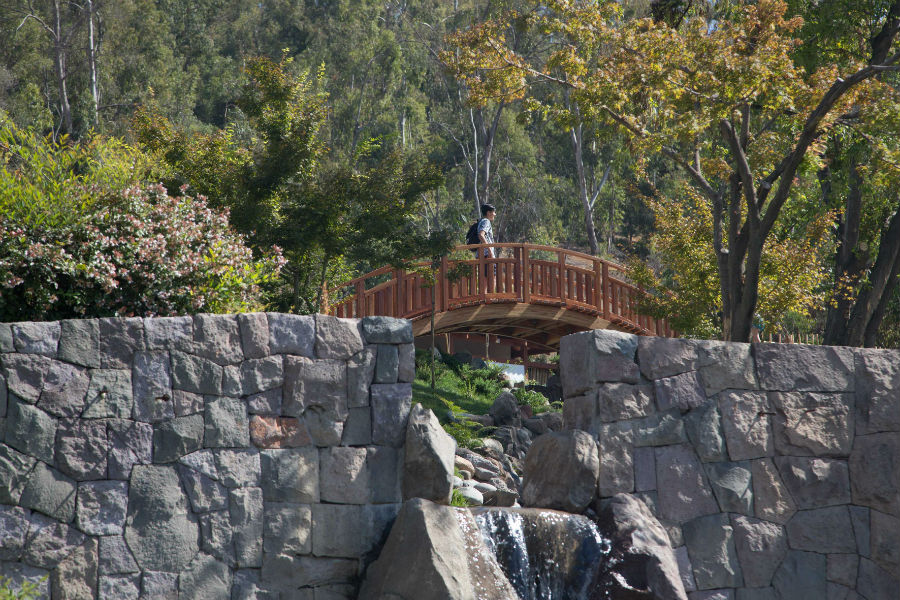 The construction of the so-called Friendship Garden was managed by the Chilean-Japanese Chamber of Commerce, which inaugurated it in 1978, and reopened in 1997 the Japanese imperial prince Hitachise, to celebrate 100 years of relations between the two nations.

However, 20 years later it was closed again. Everything, to fix it and put it at the height of the gardens of the style that are in different parts of the world. And so it took two years.

So as soon as you try to cross the lintel of the door, a guard will give you all the instructions on what not to do, while you walk on his paths that will take you to all his attractions, such as its two wooden bridges and one stone, its lagoon and its viewpoints.

Grace? In each of the places you will have a different landscape, for example, from one side you will look towards Providencia, with the Costanera Center monopolizing the landscape.

And if you stand near the water wheel, you'll see a full 100 varieties of plants and trees, including more than 30 sakuras or cherry trees, and some feather flowers, azaleas, lotus flowers, crests and liquidambars.

Don't be surprised if you come across a wooden esplanade in the middle of the grass: it's a stage that will be used for traditional ceremonies there, such as the tea ceremony and the celebration of the cherry blossoming in the spring.

Be careful with the lamps, you will recognize them because they are meticulous stone towers that you will find installed in different parts.